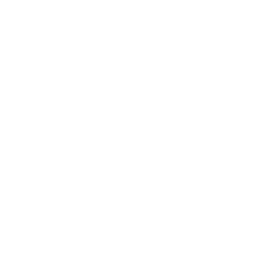 This is the story of my arrival to Berlin.

1. The setting. (Separation) t is spring 2019, and I have just moved to Berlin. I am filled with excitement and curiosity to rediscover the city I was born in, but that I haven’t lived in since I was a toddler. I am still able to romanticise the U-bahn and the fact that I sleep in a bare room on a shitty mattress. It suits the coming of age narrative I created in my head. The 30 days I spent here so far have been full of encounters and activities, as if I made it my goal to explore each facet of the city as fast as possible.

Have you ever walked into a room on a warm evening and noticed an unpleasant odor? So unpleasant and complicated that it is visible to the naked eye?

I haven’t smoked for two months, yet I wake up every day with an acid taste in my mouth. The bitterness that I reflect to others mirrors the bitterness within me. It’s a bitterness so rich with associations, so raw and complicated.

As part of Writing Letters to Extraterrestrials Organized by Alison Sperling 22.-24.09.2021 COVEN BERLIN will also give a talk on 24.09.21 at ICI Berlin

I am writing this days after the Ahr river flooded in the west of Germany, killing 184 people.* The pictures, a friend says, look photoshopped, as they show me how to move the cursor from right to left, displaying the before and after scenes. All I can think is ‘less green.’ The same friend tells me of the flooding of the Elbe river that happened in 2002, and that it was Eurocentrically named “the flood of the century” (Jahrhundert Flut). After all, most floods of this century have not covered European soil. The broken banks are presented as a governmental failure to predict, re-inforce, and secure. Control measures failed and Germany’s immunity to climate disaster has been torn a little, despite the appearance of success. The holy see it as a message from God, the capitalists call it a time for harder intervention and more capable management, and time travellers say, as with every so-called year, this is the year of the bog.

This year, we feel the need to crawl deep into the damp earth. At a time when we cannot touch each other, are buried behind our screens, and distanced from the visceral and the elemental, COVEN BERLIN declares the YEAR OF THE BOG.